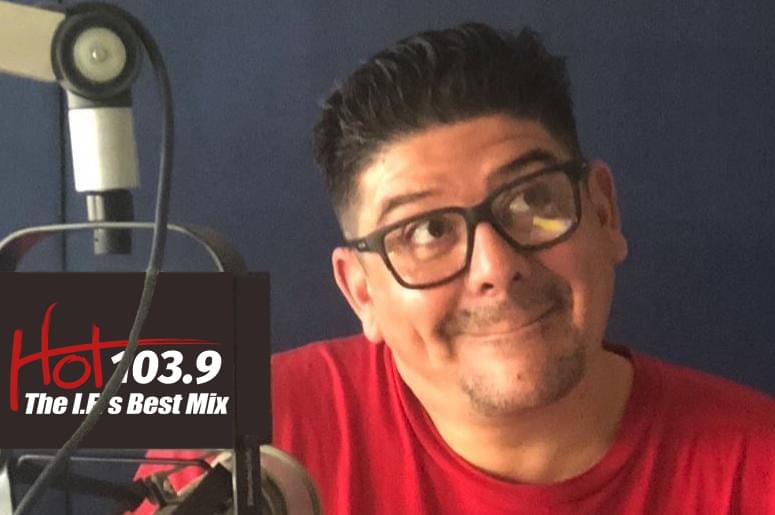 Santiago, originally, from Oxnard Calif.,started his radio career in Phoenix in 2001 and hasn’t looked back since.  Currently, you can catch him Weekdays 3p-7p on Hot 103.9.  His positive outlook and charismatic personality is something you can hear through the speakers.

When he’s not broadcasting during the afternoons on the I.E.’s Best Mix, he’s more than likely doing some sort of behind the scenes things radio related.  And that leads to the next topic — his passion…production and imaging!  As he puts it, “Whether its music or radio production, I like painting pictures with sounds and sharing with the world.”

Wait?  Have we mentioned, Santi loves the kids?  On top of being a great uncle to his nieces and nephews, he has spent a large amount of his radio career working with The Boys and Girls Club. “Growing up as a kid who attended the Boys & Girls club, why wouldn’t I want to give back to the place that helped raise me?”

On those rare occasions, he’s NOT working or volunteering, he can be found with his friends and family, watching sports or attending concerts.  And if there’s karaoke nearby, be ready for him to belt his go-to song, “Poison” by BBD, dances moves and all!

If you want a glimpse of his life, follow him on IG at @Santiago_Radio.