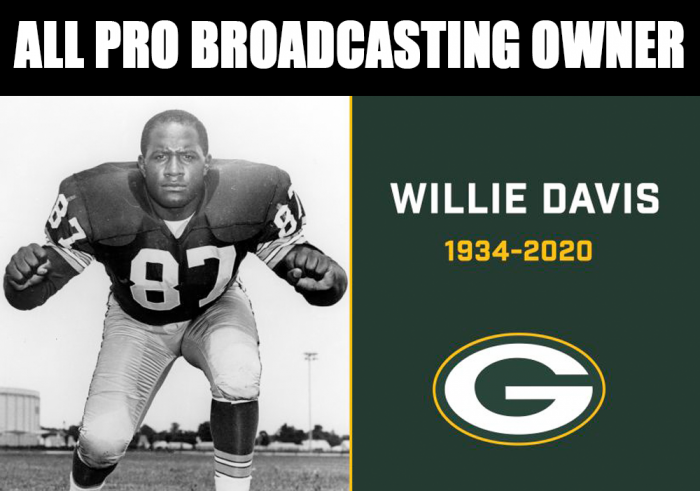 It is with sadness that we announce that our family patriarch, Willie D. Davis passed away in his sleep this morning after an extended illness. He was probably best known as the premier Hall of Fame defensive end and team captain for the dominating Lombardi era Green Bay Packers of the 1960s, but he was much more. He was a trailblazer in the world of business, as adept in the boardroom of the numerous Fortune 500 corporations on who’s boards of directors he served as he was on the gridiron. His later passion was radio broadcasting, becoming one of the first Black Americans to own a Class A radio broadcasting license. A graduate of Grambling University, he was a proud brother of Kappa  Alpha Psi fraternity. He also earned an MBA from the University of Chicago as well as numerous honorary degrees. He would undoubtedly agree that his greatest achievement was his family. He was adored by his wife, Carol, his children Duane (Inge) and Lori, grandchildren David, Wyatt, Harley and Hayden as well as his brothers and sisters and a host of family and friends. Funeral services will be private, but a future, public celebration of his incredible life is planned. The family is requesting privacy at this time.