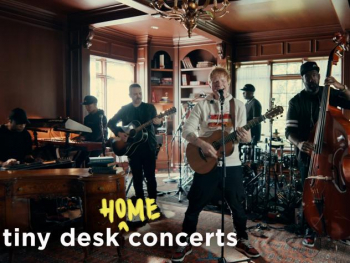 Sheeran played several tracks off of the forthcoming album, such as “Shivers” and “Bad Habits.” He also debuted an unreleased song titled “Overpass Graffiti,” which will be on the album.

Watch the full at-home performance below.