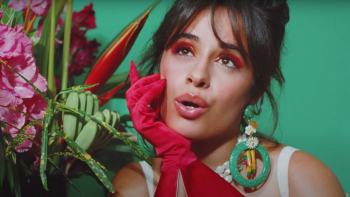 Camila Cabello has dropped her new single and music video “Don’t Go Yet” along with an announcement of a new album.

The new track is the first single from Cabello’s upcoming new album Familia. “This album was inspired by two things: family and food. Your family by blood, but also your chosen family. Who you want to sit at the dinner table, get wine-drunk, and dance in the living room with” she tweeted.

The release date for Familia is yet to be announced.

Watch Cabello’s official music video for “Don’t Go Yet” below.