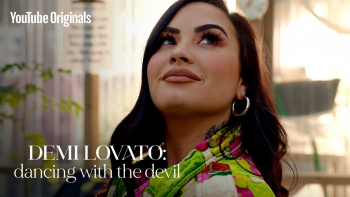 Demi Lovato has released the titled track from her new album, “Dancing With the Devil,” a memoir of her near-fatal battle with  substance abuse.

Lovato nearly died of an overdose in 2018, and over the past few weeks she’s told that story as both a confession and a cautionary tale in her new YouTube documentary, which is also titled, “Dancing With the Devil.”

Listen to Lovato’s new track below.