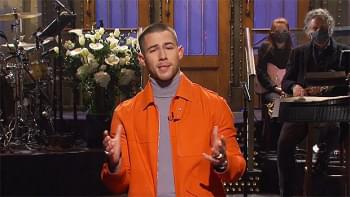 In case you missed it! Nick Jonas did double duty on Saturday Night Live (February 27th), acting both as host and musical guest.

After debuting his latest single, “Spaceman,” and announcing his third solo album, many began to ask what about the Jonas Brothers? And one of those was his brother and bandmate Kevin Jonas.

During the monologue, Nick tried his best to reassure Kevin that the Jonas Brothers are still a band, but Kevin wasn’t convinced. Watch Nick Jonas’ Saturday Night Live monologue below to see how this conversation ends.