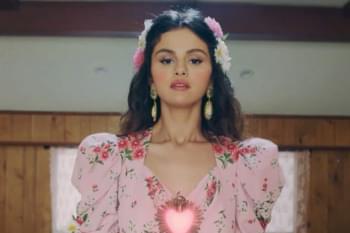 “Revelación, my first ever Spanish EP, is out March 12,” Gomez tweeted. “Preorder it tomorrow at 9am PT.”

The album will follow Gomez’s singles “De Una Vez,” which arrived January16th, and “Baila Conmigo,” which will be released on Friday, January 29th.