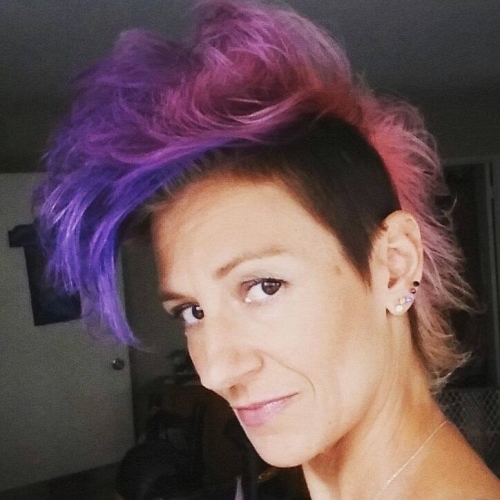 At the ripe age of “older than you need to know,” I realized I wanted to get into radio and, BOOM here I am!! A radio chic with a big honkin’ mohawk! Since those early days, I’ve won an award, had a great show called The Meltdown Show, been on several SoCal radio stations dishin’ afternoon traffic, co-hosted with Slade Smiley from Housewives of OC on “Radio Slade” which landed me on TV and I’m not done yet! Birther and caretaker of two offspring who make me both laugh and scream but it adds comedic value to my life. My mom and hubby are my biggest supporters. – Kelly J